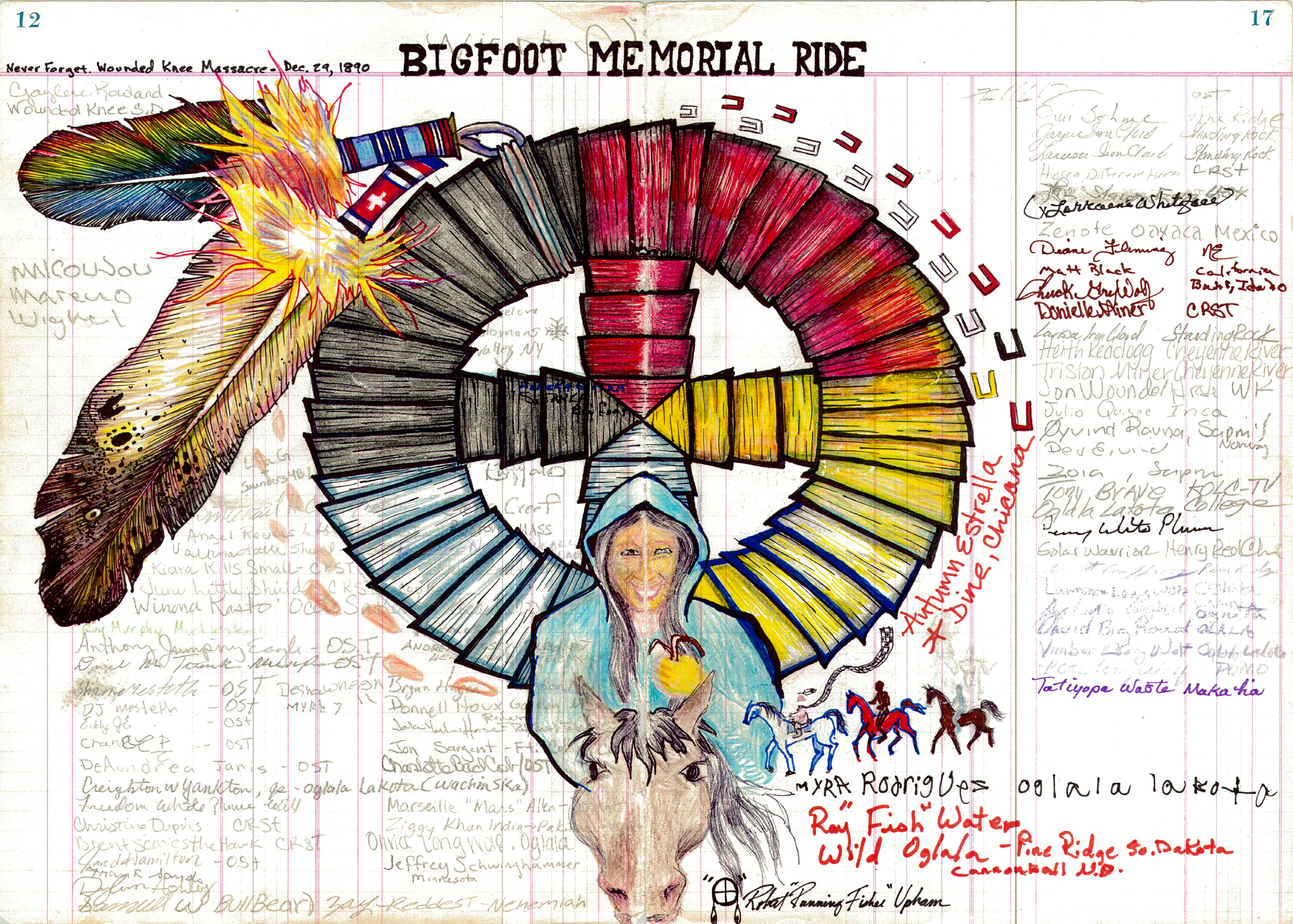 “In 1876, the 7th Cavalry was soundly defeated at Little Bighorn.  This defeat festered in the minds of American civilians and military alike, creating fear and anger.  The Ghost Dance brought Indians from all tribes together, which flamed these fears, opening the way for one of the most ignoble acts by the 7th Cavalry, the Wounded Knee Massacre, in which women children and elders were killed in the snow of December 29, 1890.

The A.I.M. of my art is to lift up the memory of my ancestors, so they are never forgotten.  In 2016, I was able to witness and participate in the memorial for the casualties of Wounded Knee.   The signatures on this ledger are of the riders who were present at Porcupine, Wounded Knee and at the final destination at Pine Ridge.  The girl on the white horse led the ride in at the end. “

Other Products, such as Tote Bags, iPhone Cases, Cups, Cards, Etc. Can be Purchased Here. 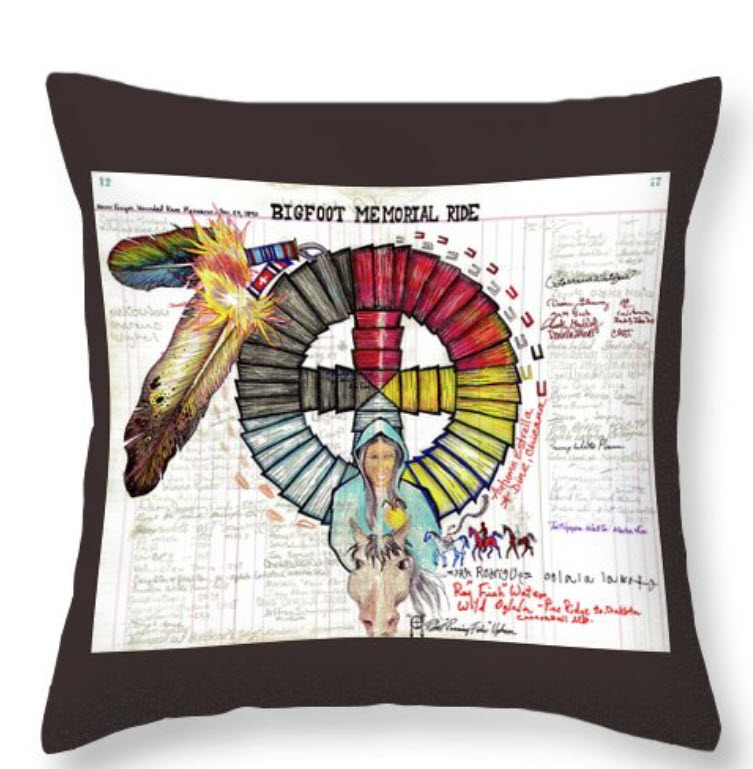