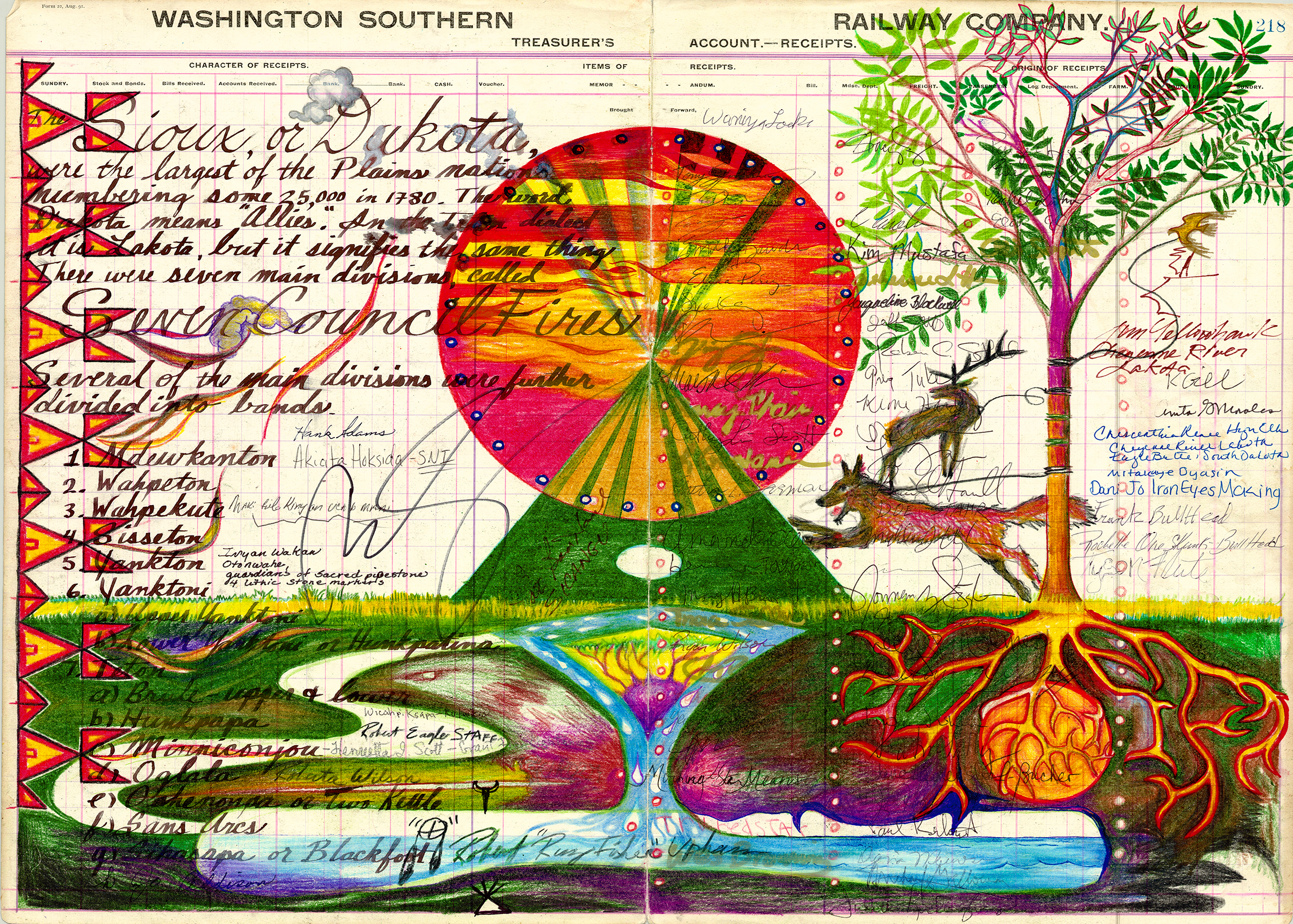 “The Seven Council Fires ledger is a representation of the branches of the Great Sioux Nation. We call ourselves the Oceti Sakowin (Seven Council Fires), but when we signed treaties with the U.S. Government we are referred to as Sioux. We call ourselves Lakota, Dakota or Nakota (the People, the Allies). The water at the root of the tree represents the Oglala aquifer which is part of the “natural” water system which provides water in the Missouri River Basin. There is a “manmade” water system called Mni Wiconi (Water is Life) which is controlled by the Pine Ridge Indian Reservation. This water system, which was built in the late 1980’s, provides water for about 50,000 homes in the South Dakota region. This water project is over 300 miles long and is the largest rural water project in the United States.

The recent protests and actions in Standing Rock in 2016 made the phrase “Mni Wiconi” popular for a new group of environmental/Mother Earth Protectors. This group was brought together the many Indian Nations, and other people from the United States and across the world.

The natural water system from Mother Earth is the Oglala aquifer.  She rises from deep below the sacred lands of my oyate.  She flows through our plant relatives, providing food and the necessary elements for photosynthesis.  Water, fire air and earth combine to birth the flowering tree, which breathes out the oxygen essential for humans and our animal relatives.   Out of the energy of synthesis flows our families, our oyates, the seven sacred fires of the Sioux nation.”  Robert “Running Fisher” Upham, aka Harlem Indian

For Prints of this Ledger 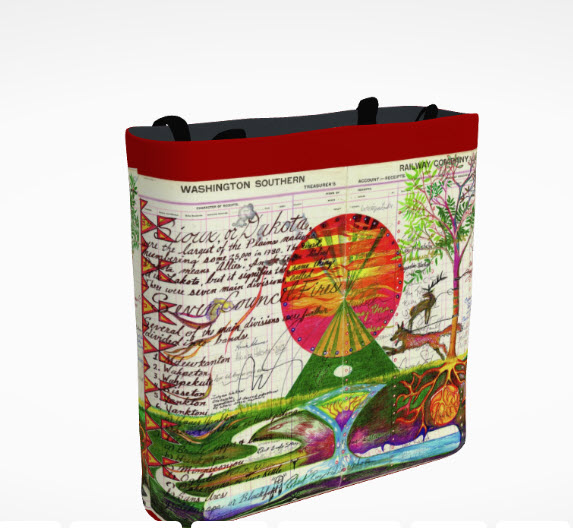