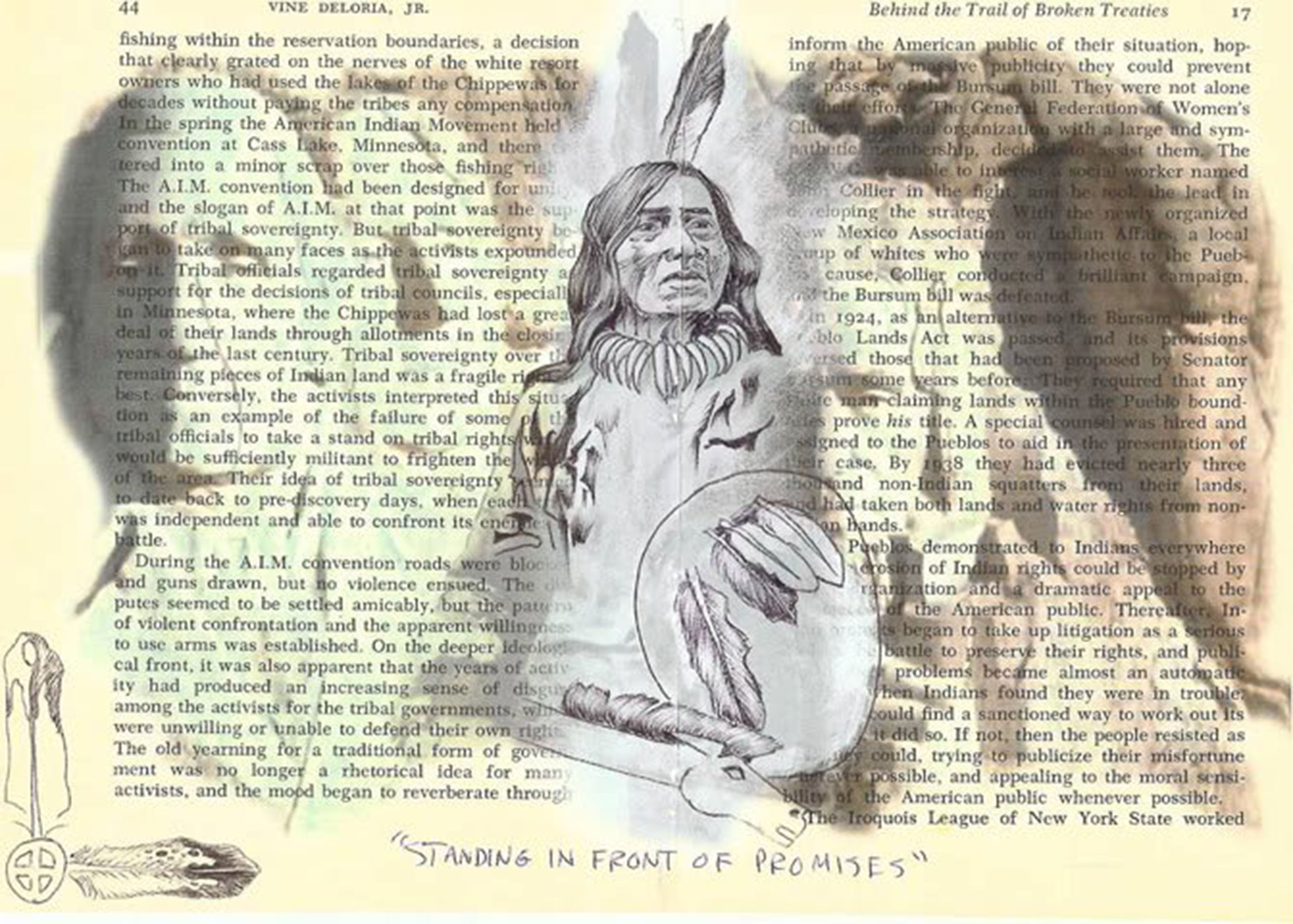 Standing in Front of Promises is a ledger-style artwork, drawn on pages of “Behind The Trail of Broken Treaties” by Vine Deloria Jr.  The original instructions which we received, are still intact, in spite of various invasions—military, gold miners, Harley Davidson riders and Rainbow Family members.

Promises were not kept.   We saw the hordes of miners coming, invading, and we did everything we could to defend the Land.  We are still defending Her.

50 years after the Battle of the Little Big Horn, explosions carved into the heart of The Black Hills, leaving behind images of 4 American Presidents. The primary goal of George Washington, our first President, was to acquire Indian land.   Thomas Jefferson surveyed the land that was stolen from us. Abraham Lincoln gave the order to hang 38 Dakota Men in the country’s largest mass hanging, with one pull of the lever.  Teddy Roosevelt said, “I don’t go so far as to think that the only good Indian is the dead Indian, but I believe nine out of every ten are, and I shouldn’t like to inquire too closely into the case of the tenth.” 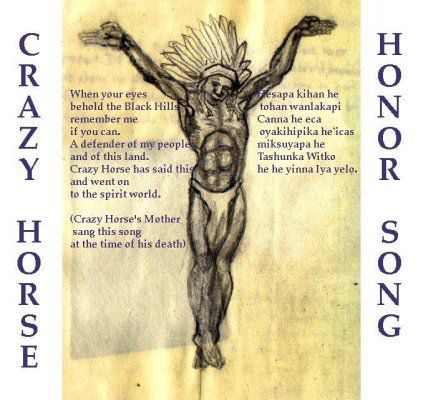 For Indian people, Mt. Rushmore is a desecration.  It is a gash in the Earth smack in middle of our most sacred land.  This place is most  precious to my Dakota, Lakota and Nakota people.  It is the place from which visions flow.  Crazy Horse protected The Black Hills.  He kept hope alive, to the day he was murdered at Fort Robinson, Nebraska. There are songs in his memory that say “Remember me, defender of the Black Hills”.

Text by Sacred Point of View