Tahlequah is an orca, part of the “J Pod” which spends part of each year off the northern coast of Washington State. Her story became known to the human community in 2018, when she carried her calf for 17 days, refusing to let her baby go to the Spirit World. There was something about her life and her baby’s death, which spoke to human hearts. Particularly women were moved. It felt at the time, that there was a collective grieving with her. Anyone who’s ever lost a loved one that you did not want to let go of can understand this mother’s grieving. Especially a young, sacred one, who has died too soon. It felt that she was calling heart to heart. The story brought attention not only to her child’s death but also to the very difficult times in which her nation has fallen. The imbalance which pits orcas and sea lions and salmon for the same resources is a microcosm of ecological disease. The human nation, particularly those who see our mother earth as merely a source of “resources” is under indictment by the simple act of love of a mother for her baby. This drawing, “Tahlequah’s Baby” is the moment when she finally allowed her beloved to move on to the Spirit World. There are many helpers assisting her to lift her baby to its final moments in this world.
I had heard of Tahlequah and her baby, and several people asked me to do a ledger of her story. But it wasn’t until a young woman understood the meaning and intent behind the signatures on my ledgers, and she sparked my creativity by saying, “You should do a piece honoring the names of all the orcas who have died.” And, just like that, the idea for this piece was born.

Written by Sacred Point of View

Other Products, such as Tote Bags, iPhone Cases, Cups, Greeting Cards, Etc. Can be Purchased Here. 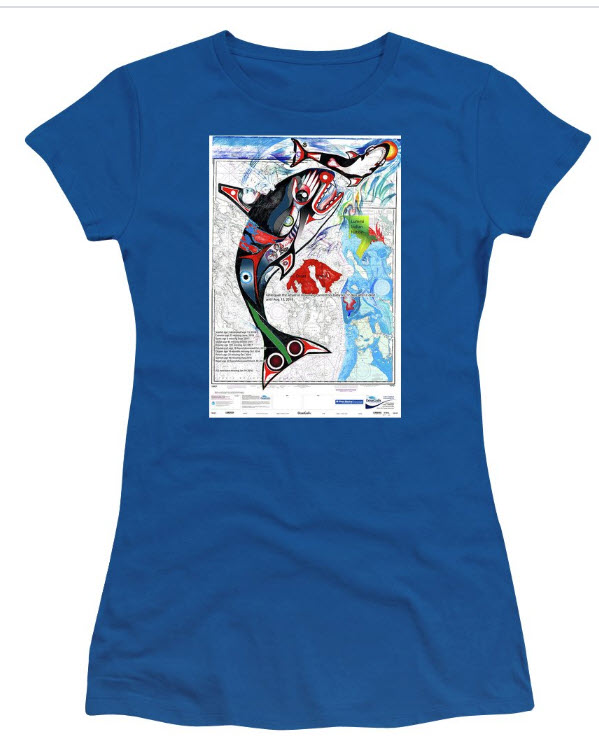